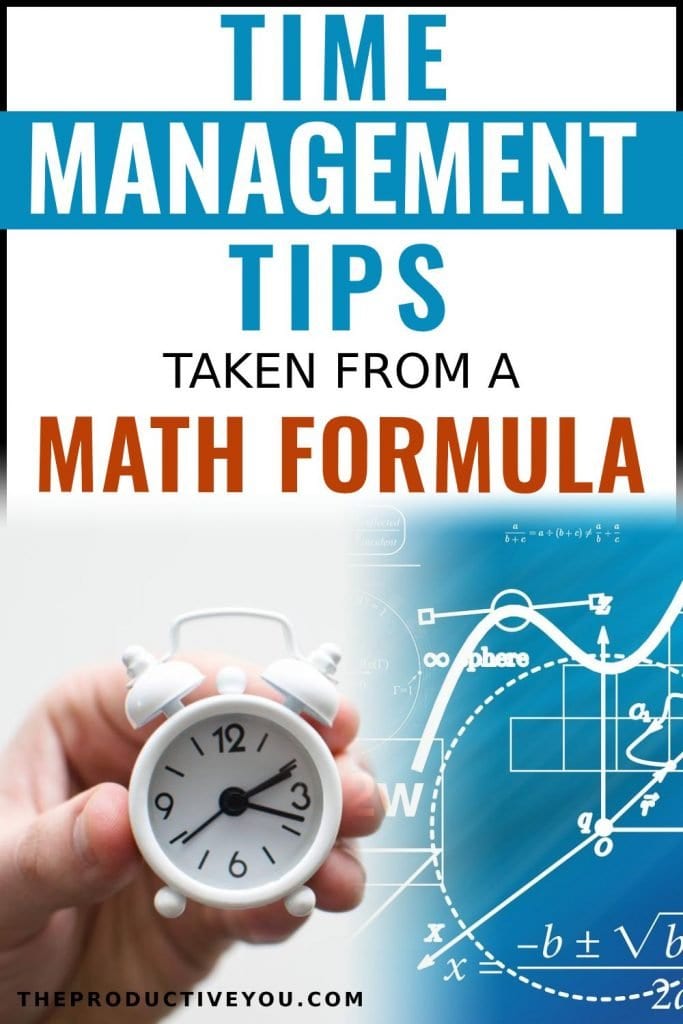 The formula may look complicated but it’s actually really easy, trust me. Once you understand it, it will help you prioritize your tasks and manage your time more efficiently than this dog protects its flock.

Which one should you start working on today?

To find the answer simply “plug and chug” the variables into the formula, and it will give each task a rating between 0.000 and 1 — this is called the task’s Priority (P).

Tasks with the highest priority (closest to 1) should be done first.

But don’t take my word for it, see for yourself! I created a free spreadsheet that makes using the formula easier than falling asleep in math class.

Now, let’s go through it step by step and I’ll tell you exactly how I got those Priority numbers for the tasks:

Note: a version of this formula was originally published in Nature and was designed to assess the emergency situation of climate change.

Related: How To Boost Productivity by Taking Better Breaks

Related: How To Kill Procrastination Once and For All

Importance is the subjective number you give to a task between 0.00 and 1 based on how impactful the task is to your life. The higher the rating the more “important” the task is.

For example, studying for an exam that’s 50% of your final grade sounds pretty important, so you might give it a rating of 0.99 (the highest importance rating.)

Sifting through items at the thrift store hoping to find rare baseball cards, however, isn’t likely to pay off so you’d probably only give it an importance rating of 0.01 (the lowest importance rating.)

Be cautious in your ratings, however, because humans are generally very bad at predicting the complexity of tasks and how long it will take to complete them.

When in reality, the actual ratings are probably closer to:

So I suggest using a standardized pseudo-exponential sequence to rate the importance of tasks. The rating sequence that I put into the spreadsheet found below looks something like this:

Whether or not you use this sequence specifically is of little importance. The key is that your sequence and your ratings accurately value the importance of different tasks, and stay consistent for each task.

U stands for urgency.

Urgency is a way to measure how close a task’s deadline is.

For example, if a task will take 7 days to complete but is due in 4 weeks, then you obviously have some wiggle room. But if the task is due in 8 days you better get started!

This part of the formula is typically used in emergency situations by responders to determine how much time they have to take action and whether or not they’ve lost control.

When it comes to prioritizing your tasks, you know you’ve lost control if your urgency is greater than 1:

To get the final priority of a task simply multiply the task’s importance by its urgency.

It will give you a good perspective if you have several large, long-term tasks and you don’t know which one you should start first.

It’s only weakness is the importance variable, which is still a bit too subjective for my liking despite using a pseudo-exponential sequence.

So, here are some final tips to help you get the most out of this formula:

So what are you waiting for? Give it a try for yourself!

Related: How To Kill Procrastination Once and For All

Related: How To Boost Productivity by Taking Better Breaks

89 shares
Previous Post: « The BEST Habit Tracking Apps For 2020
Next Post: The Only Productivity Hack That Always Works: Your Mood »