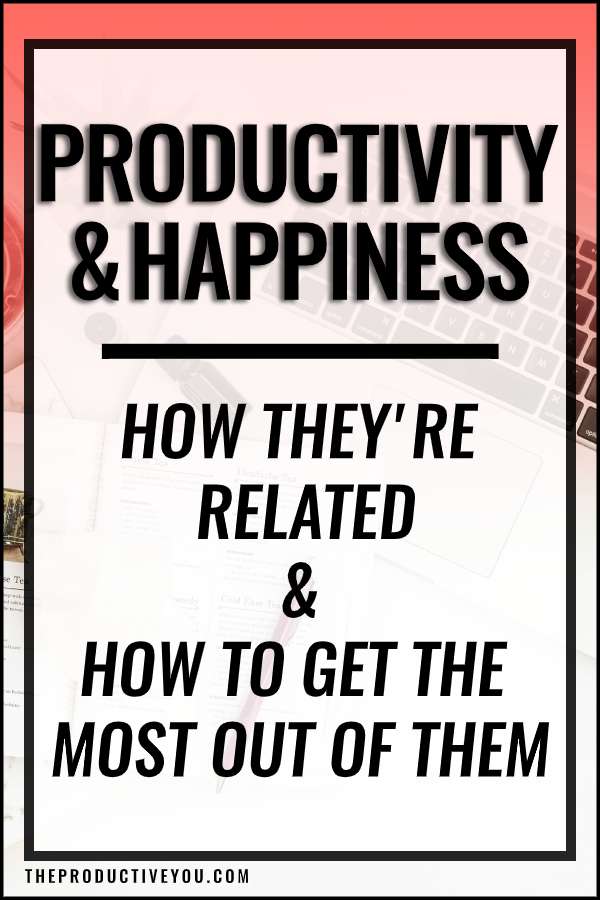 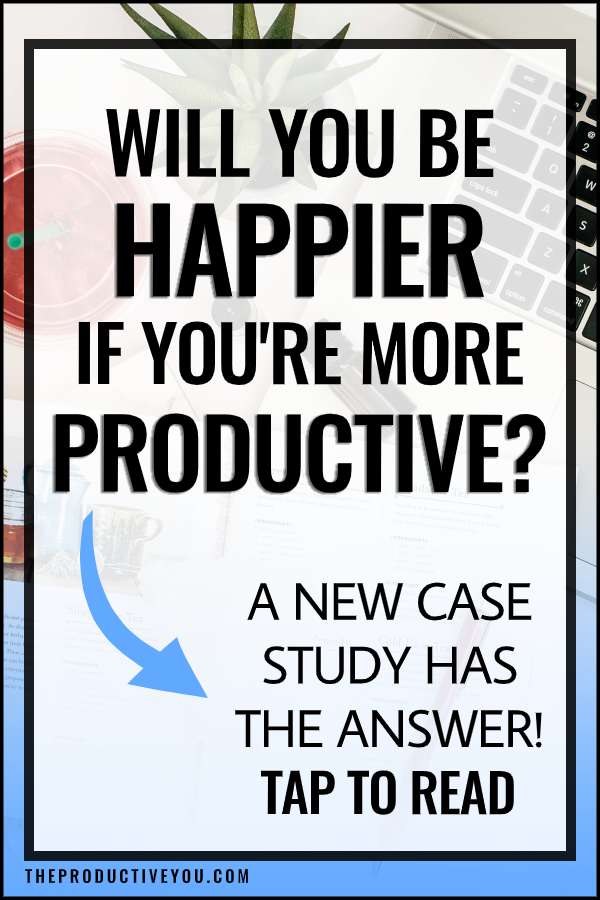 Personally, productivity makes me happier than one of those caffeine-crazed lunatics at Starbucks during a 50 percent off sale.

So about a week ago, as I sipped my Pumpkin Spice Latte, I began to wonder if that’s also true for everyone else.

Because plenty of research demonstrates that happy people are more productive. But not nearly as much research exists on the reverse case.

Thus, I decided to conduct my own unscientific study with this post on Reddit. I asked the r/Productivity subreddit to join me in a week-long case study to discover the true relationship between productivity and happiness.

Within the post I asked Redditors to track their subjective productivity and happiness levels at the end of each day on a central spreadsheet.

By the end of the week a total of 218 data points were entered. Filled with giddy anticipation I consulted a number crunching statistician.

Related: How to Build Better Habits with Creative Deliberate Practice

Related: 5 Work Ethic Principles that will Make You Successful

The initial post on r/Productivity was well received and landed the top spot in the subreddit within a couple of hours, boosting my karma by a sweet 117 upvotes.

Of those upvoters, 35 (including myself) participated in the 9 day long study.

Productivity and happiness levels were scored on a 1 to 5 scale with 5 being “very” productive / happy and 1 being “not at all.”

With 35 total participants on day one I was optimistic that at least 30 people would complete the full week.

Imagine my surprise, then, when only 57% of participants made it to just day two! In other words, 43% of them tracked their productivity and happiness on day one and then ghosted the rest of the study like a bad tinder date.

The second biggest drop off came on day three when an additional 20% of participants apparently gave up (or forgot) about the study.

In the end only 9% made it through the full 9 days (that’s just me and two other people!)

So maybe the biggest story here isn’t actually the correlation between productivity and happiness, but that Reddit has less discipline than a 10 year old child who hauled in a huge stash of candy on Halloween night.

This is one of the reasons why the results came back as “kinda sorta.” The lack of consistent data points makes them less reliable.

But there is still a ton of useful information to glean from the data that was collected.

The least productive day of the study was Sunday with an average score of 2.43 out of 5. This is not too surprising, though, considering that most cultures (at least western ones) seem to view Sunday as a day of rest.

Participants then rebounded strong on Monday, clocking in the most productive day of the study with an average score of 3.33.

The happiest day was Friday with an average score of 3.67, which was the highest average score of any day for both happiness and productivity scores. I suspect this is because Friday is typically the last work day of the week (in other words, party time baby!)

Interestingly enough, the following Saturday was the least happy day with an average score of 2.63 (blame it on the hangover?)

The average productivity score throughout the study was 2.69, which is somewhere between “below average” and “average”. And the average happiness score entered was pretty much “average” at 3.01.

This data matches up nicely with the findings published in the 2019 World Happiness Report by the United Nations in which the world reported an average happiness score of 5.41 out of 10.

But Does Productivity Equal Happiness?

The big question is “does being more productive make you happier?”

If we fit a Loess curve to the data with productivity on the X axis and happiness on the Y axis, the answer seems to be yes. (pinch zoom on mobile for a closer look)

The grey outline is the 95% confidence interval for the line of best fit and the blue line is the average.

With an upward trending curve we can say that there is a potential significant positive association between productivity and happiness, and that the more productive you are the happier you will be.

Apparently I’m not the only caffeine-crazed lunatic whose happiness increases with productivity.

But, this poses another interesting question:

What is the strength of the association?

In other words, what is the probability that you will be happy given any productivity score?

To answer this question I’ve assumed that “happy” is any state defined as not “not happy”. That is, any happiness score of 3, 4, or 5 constitutes happy.

Interestingly enough, even at a productivity score of 2 you still have a better than a coin flips chance of being happy at around 65% (it definitely beats Vegas!)

The graph below shows all the probabilities.

While enlightening, the results are obviously far from statistically conclusive and there are many ways to improve the study in the future.

As u/_Space_Commander_ suggests, there are different types of productivity. For the most accurate results a distinction needs to be made between these and there needs to be a way to measure them.

I would also suggest adding additional variables to measure happiness. For example, it’s hard to say if the participant is happier one day because they were more productive or because it happened to rain and they like the smell of wet concrete. Following the World Happiness Report’s model is probably a good place to start.

And as u/trynafigurelifeout alludes, increasing the sample size and study duration is a necessity. Ideally the study would measure participants over several weeks to determine if their happiness scores naturally fluctuated with their productivity scores and lifestyles.

But as it stands I had a ton of fun and learned a lot conducting this case study. Thank you to everyone at r/Productivity, especially those who participated (even if you didn’t make it all the way to the end!)

Related: How to Build Better Habits with Creative Deliberate Practice

15 shares
Previous Post: « How To Remember Homework and Never Forget An Assignment or Exam
Next Post: Why Consider Tech If You Are A Career Changer »