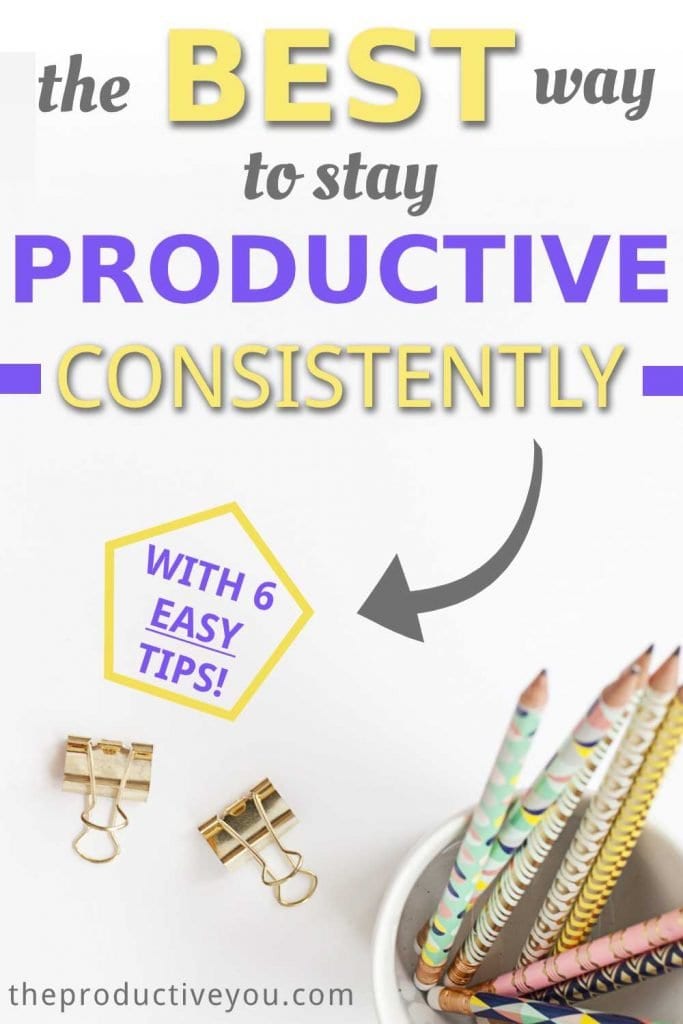 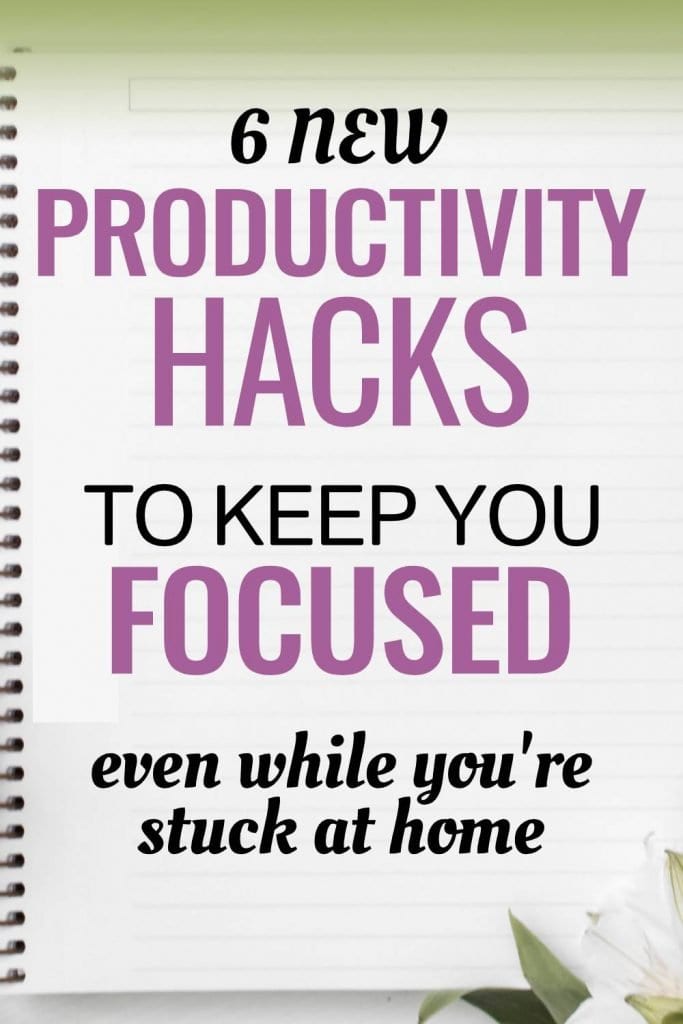 Overall, these 6 tips will give you practical strategies to stay consistent and break your cycle of failure.

Related: How to Build Better Habits that Actually Stick

Related: 7 Habits for a Productive and Happy Life

Failure Is A Natural Part Of Life

Let’s be real, if you’ve ever done anything, ever, then you’ve definitely felt the cold embrace of failure – like that stomach-churning sensation when some asshole pushes you off of a building in a dream. We all have, and some of us have more than others (I fail a lot!)

But, even more frustrating than the failure itself is the hindsight realization that you didn’t have to fail. Rather, you let yourself fail.

You see, failure is often not a problem of incompetency or inadequacy, rather, it’s a problem of consistency. More on that in just a bit…

First, please humor me and tell me if this sequence sounds familiar:

For me this sequence was a monthly, if not a weekly, occurrence. And whether or not they’ll admit it, it’s a big struggle for most people as well!

There’s A Difference Between Failure And Being Incapable

Did you know that according to an American Psychological Association (APA) study only 16 percent of adults (less than one in five!) say they’ve been “very successful” at making health-related improvements such as losing weight?

That’s a lot of failure!

And since most of us are concerned with our health and exercise, it’s a good indicator of the zeitgeist. It’s rather concerning, then, that most of us fail at it.

Related: How to have a Better Work Ethic ft Samuel L Jackson

Keep that in mind – the difference between incapability generally and incapability staying consistent – as we delve into the practical strategies for being more consistent and thus failing less.

The first strategy is a mindset strategy. It undergirds the rest of the strategies, and it goes like this:

Despite how important this mindset shift is, you may have a hard time realizing its power because you’ve been so conditioned to believe that starting is the most important step.

Que Shia LaBeouf screaming “Just do it!” now (if you haven’t seen that video watch it now, it’s hilarious and oddly inspiring.)

If you read any recent self-improvement article or watch any video from the latest “gurus” then you’ll likely hear some version of the “just start” advice. And although it’s solid advice it’s overplayed, and I believe it’s overshadowing a more important principle: consistency.

You see, “starting” encompasses just the first one percent of tasks out of a hundred that you need to do to complete any goal. But “consistency” encompasses the rest of the 99 percent.

So before you even start a goal take some time to shift your focus away from the first one percent of starting and move it towards the end 99 percent. Realize that the majority of your energy will be spent on staying consistent and prepare yourself mentally for that battle.

By doing this you will find the following benefits:

Remember those four out of five adults that couldn’t make health-related improvements like losing weight? They could have used this strategy to say:

“Ok, getting to the gym right now is much less important than getting to the gym consistently; this is a long-term change. I know I have a wedding to go to next week, and a work trip after that. So instead of setting myself up for failure by trying to create a gym routine right now I’ll wait until after my work trip is done when it’s logistically possible.”

I really hope you understand the importance of what I’m saying here.

Strategy 2: Commit To The Long-Term

The next strategy to be more consistent is another mindset. Let’s call it commit to the long-term.

Recently I was having lunch with a friend. He was telling me about his latest business venture and how he wanted to scale it to some egregiously large number within only one month.

I didn’t doubt his talent, but I did doubt his ability to create something so large so fast.

After the first month he had made significant progress, and I was impressed, but it was still only a fraction of the progress he was expecting. As a result, he became discouraged and eventually quit after only two months. In other words, he failed.

And do you know why he failed? He failed because he was only in it for the short-term. He wanted to do something awesome and he wanted to do it now, which completely warped his expectations.

If he had made an effort to commit to the long-term then he would have expected a slow first couple of months and adjusted accordingly. No discouragement, and no failure – only the drive to press forward.

Now that we have the correct mindset strategies in place let’s get down to how to plan your goal effectively.

Like most things in life there’s a fine balance here.

You want to plan enough so that you have a structured and realistic strategy (the first two mindset strategies help you do this.) But you don’t want to plan so much that you never actually take action or are crippled when something doesn’t go the way you expected (like my friend with his overzealous business expectations.)

The best way I’ve found to do this is to create milestones.

Related: What is The BEST Productivity Tool?

A milestone is a specific, measurable target that you want to hit after some length of time.

Going back to the health-related improvements example, let’s say that you want to lose weight. Specifically, you want to lose 50lbs within a year before your next work retreat in Cabo (sounds like a nice place to work!)

This 50lbs goal is your end milestone.

Now, we want to take this a bit further. Personally, I like to break my goals into quarterly (3 months) milestones.

By the way, I created a Long-Term Goal Tracker Spreadsheet does all of this for you, check it out here:

These milestones help you stay consistent by breaking your goal into bite-sized, manageable chunks. They also conveniently create a nice schedule for you to follow.

But, just to ensure success, let’s take these milestones one step further.

Once you have your monthly milestones you’ll want to take some time to conceptualize a daily/weekly routine.

And, by the way, you’ll want to write all of this down in a journal or calendar (or spreadsheet! You know how I love my spreadsheets…) that you update regularly.

Now, your daily/weekly routine is the specific actions you plan to take toward your goal on a daily/weekly basis. For losing weight this might be one hour of exercise every day.

Over time I’ve found that I prefer a weekly routine over a daily routine because it affords me some flexibility in my chaotic life. Instead of exercising one hour every day, my goal might be to exercise two hours per day, three days per week.

It doesn’t matter what days I choose or if I take breaks between days. All that matters is that I get three of them done by the end of the week.

But, if I realize that I’m starting to slack off for a couple of weeks in a row then I’ll temporarily go back to the stringent daily routine. This would look like: “exercise for two hours every Monday, Wednesday, and Friday.”

This is just what works best for me and it might be different for you, so experiment and see if you prefer a stringent daily routine or a more flexible weekly routine.

And it’s here that I’d really like to doubly emphasize the importance of writing all of this down. Your quarterly and monthly milestones and your daily/weekly routines won’t stay consistent if you’re only keeping track of them in your head.

But, even with the right mindset strategies, the appropriate milestones, and the necessary documentation, you may still struggle to stay consistent. And that’s where the final two strategies that we’re going to talk about today come into play.

Strategy 5: Seek Help From “The Other”

“The Other” refers to the ability to ask for help and seek out support from someone else. Remember, it’s ok (and sometimes even necessary) to ask for help!

When I first started building new habits and changing my lifestyle I quickly realized that I couldn’t do it alone. I needed someone, anyone, to hold me accountable.

On several occasions I remember coercing my friends to join in on “weekly challenges” with the promise of free food if they completed the challenge.

Ultimately they got free food and I got a partner to hold me accountable (a bit manipulative, I know, but it worked out for everyone!)

Understand: your willpower is naturally going to wax and wane over the long-term – this is definitely the law and not the exception.

And it’s during these times of capricious willpower that you won’t be able to rely on your milestones or routines to keep you consistent, regardless of how well thought out they are.

So it’s best to create a system of accountability from the start, even before you need it.

Related: The Work Ethic of The Most Successful Actor of All Time

This can be as simple as telling a friend your goal and giving them occasional updates.

Better yet, you can ask them to spontaneously check up on you once per month.

And bestest yet, you can hire an accountability coach. Because the reality is that, with the right guidance, you can accomplish anything even if you’re lacking the prerequisite skills or motivation.

The final strategy I’ll talk about today is what I call the pump-up.

Simply put, this means that you need to put yourself in a good mood and pump-up your emotions! Seriously, make a concerted effort to do this.

A growing body of research indicates that your mood has an incredibly large impact on your motivation.

That’s why you often see people quit a goal when they’re sad and discouraged, and very rarely when they’re happy and loving life (unless they want to.)

So, as weird as it sounds, sometimes the best thing you can do to stay consistent with a goal is to do something that is not related to the goal at all.

For me this usually means doing some sort of physical activity like basketball, or something relaxing like watching a movie.

Regardless of what your “good mood activity” is, make sure you’re doing it often enough so that you’re not sad or angry (the majority of the time, at least.)

Remember, Productivity Is A Process

Remember, lasting lifestyle and behavior changes don’t happen at the snap of a finger (Thanos, I’m looking at you buddy!) The ability to stay consistent over the long-term and push through adversity is a learned skill; it’s a process. And for better or for worse (my bets on worse) it’s not a skill we’re taught in schools.

That means you’re going to have to learn this on your own – and it’s going to take some trial error. So don’t get discouraged if you start a goal and then quit a week later, because the most important thing you can do is to keep trying.

What I’m trying to say is that, if applied correctly, all of the above strategies will help you stay consistent with any goal. But if you fail at staying consistent with a goal then that’s ok.

Because that just means that in a paradoxical-Inception-movie-sort-of-way you’ll just have to apply these same strategies to the very act itself of being consistent, and eventually everything will work out.

Related: How to Build Better Habits that Actually Stick

33 shares
Previous Post: « 69 Productive Things To Do When You’re Stuck At Home
Next Post: 5 Gadgets That Can Improve Your Daily Life and Productivity »