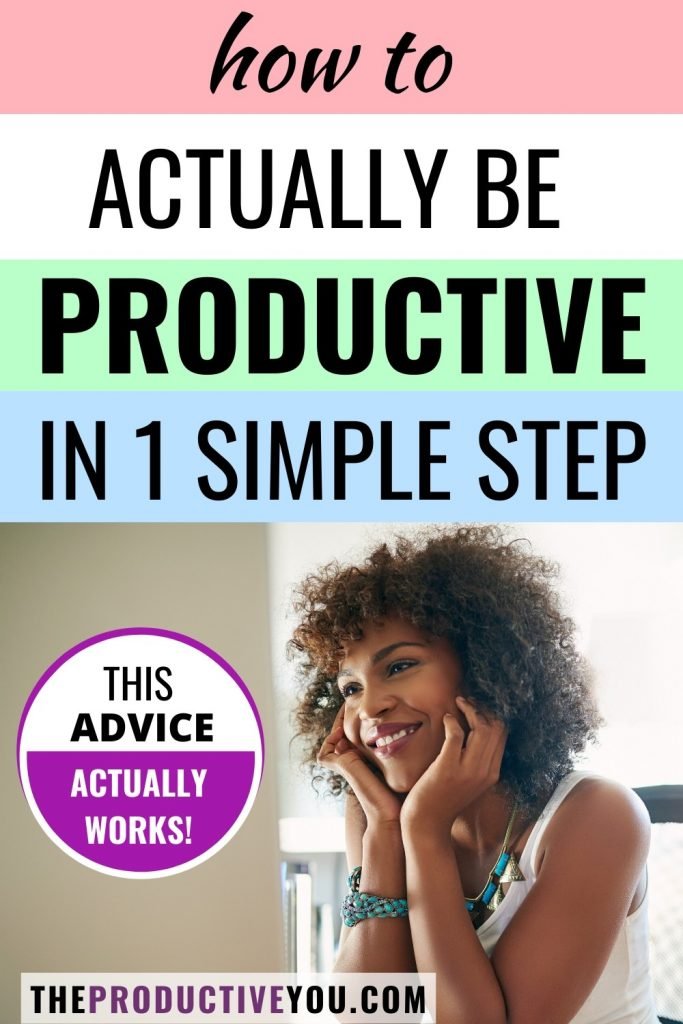 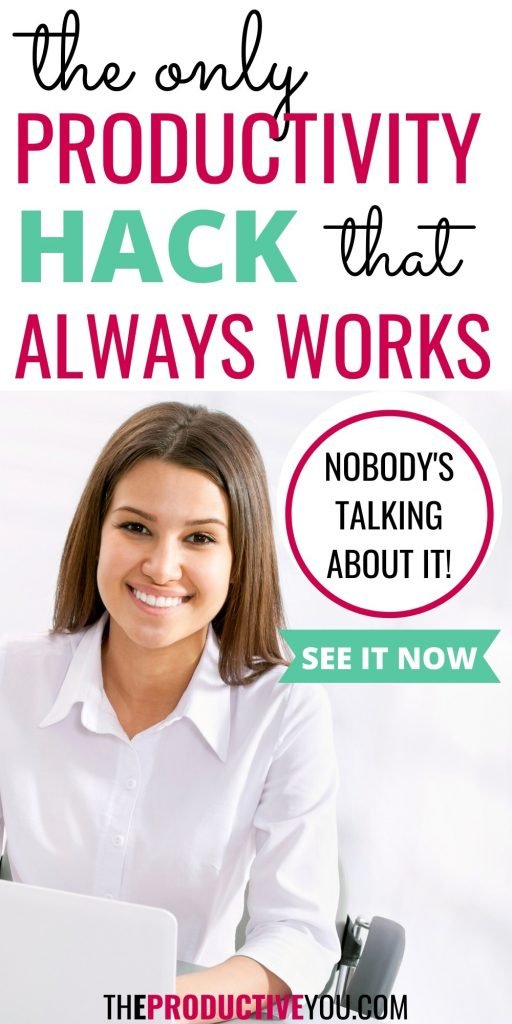 Isolate yourself from distractions.

You’ve probably heard at least one of these pieces of advice before. Everybody in the self-improvement / productivity niche preaches them like gospel.

While it’s true that to-do lists are good, taking action is necessary, and limiting distractions is important, each piece of advice will only work for a small subset of the population.

The only productivity advice that always works for everyone is known as the PTE principle (Personality Type Evaluation.)

Put it this way, if you want to actually be productive then you must start with the PTE principle, and not with a to-do list or an “action taking” mindset.

As Michael Jordan once said: “Get the fundamentals down and the level of everything you do will rise.”

Maybe your goal is to generate more leads for your business, or to be more shredded than Arnold Schwarzenegger was in the ‘70s.

Either way, the PTE principle is the fundamental principle you should master first.

What Is Personality Type Evaluation?

PTE is the principle that you must ruthlessly evaluate your personality type and your biases before you do anything else.

“To know thyself is the beginning of wisdom.”

So unless you have an objective understanding of yourself, you shouldn’t listen to another word of productivity advice.

Because most advice doesn’t take your personality type into account, and as a result is far too broad and generic to ever be applicable to more than 50% of the population.

Think about it, if you don’t thoroughly understand your personality type, your strengths and weaknesses, then how will you know if the advice will actually work for you?

Sure, you probably have a general idea of what your personality type is… you know vaguely what you like, and you definitely know what you don’t like, but can you honestly say that you have an objective and unbiased understanding of yourself?

Can you look at yourself from a third-person point of view and see yourself the way others see you?

“Ok fine, I probably don’t know myself as well as I should, but how do I discover my natural personality type?"

Human personalities are vast and complex. Each is a unique combination of genetics and environment.

It would be impossible (not to mention impractical) to catalog the nuances of each of the 7 billion+ personalities on the planet.

However, throughout history, great thinkers and scientists like Hippocrates, Carl Joung, and William Marston have worked to develop classification systems of human personalities and behavior.

Hippocrates (460 BC – 370 BC) is one of the most widely known and celebrated Greek physicians. He was also an avid observer of human behavior and created 4 categories of personalities based on the climate and terrain a person lived in. Eventually he settled on 4 temperaments: sanguine, melancholic, choleric, and phlegmatic.

Numerous scientists like Carl Joung (1875 – 1961) and William Marston (1893 – 1947) have since expanded upon these temperaments and created new, more accurate, classification systems for human behavior.

The DISC model, first developed theoretically by Marston, is one of the oldest and most well-studied of these systems.

The DISC Model of Human Behavior

The DISC model is a classification system used to describe and predict a person’s behavior. It identifies their behavioral style (how they like to do things) and their associated strengths and weaknesses.

In other words, it’s a way to evaluate your personality.

DISC is an acronym for: Dominant, Influential, Steady, and Compliant (depending on where you look the acronym may be slightly different, but the meaning and principles are always the same.) 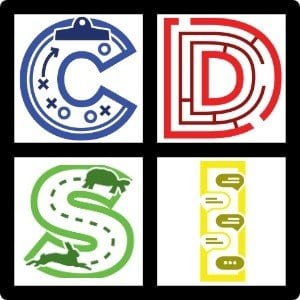 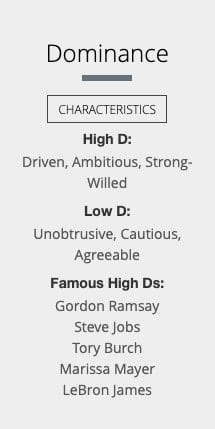 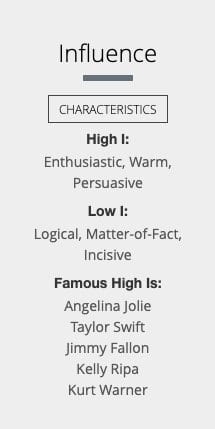 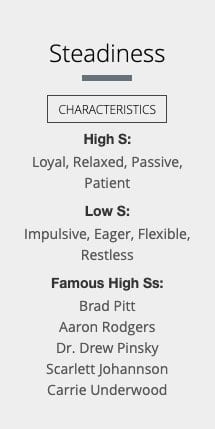 According to DISC, everyone has some elements of each behavioral style, but is usually highest in one.

A person’s highest or most developed behavioral style is known as their dominant style.

Research has shown that people who have similar styles tend to behave in similar ways.

For example, across the world and across cultures, people who score highest in the D (dominant) behavioral style tend to be direct, decisive, task oriented problem solvers. They like freedom from supervision and prefer fast-paced environments. However, they’ve been known to be impatient and capricious.

From a sample of 353,180 DISC assessments taken across the United States:

It’s important to remember, though, that no behavioral style is better than any other, and that everyone possesses a mix of all the styles.

“This is great and all… but how does it help me be more productive?”

Once you discover what your dominant behavioral style is you can identify what your personality’s objective strengths and weaknesses are.

And from there it’s a simple task to find the tools and techniques that will address your weaknesses and help you become your most Productive You!

For example, my dominant behavioral style is a high C (compliant).

“High C’s” tend to be very detail oriented and facts-based. We like to consider all of the options and gather every single piece of information ad nauseam before making a decision. Data analysis, organization, and systems creation are our strengths.

Our weaknesses stem from our perfectionism and our propensity to spend way too much time gathering data.

Knowing this, I can identify that the popular advice of “create a to-do list” isn’t for me because that’s already one of my strengths!

Telling me to create another to-do list is like throwing a bucket of water in the ocean.

Just look at some of the spreadsheets I’ve made.

Indeed, the best productivity advice for me is to actually create fewer to-do lists and to spend more time taking action.

Think of it this way, trying to be productive without a thorough understanding of your behavioral style is like trying to ride a bicycle through a busy intersection blindfolded with no handlebars.

Now let’s look at one more real life example of the PTE principle in action.

Not too long ago I introduced a coaching client to the PTE principle.

He was getting really discouraged because he felt like he never had enough time to do the things he actually wanted to do, things like go to the gym, hangout with friends, or just relax and maybe pick up a new hobby.

So I had him take a personality assessment and we read through the results together.

What we found was that he was an extremely “high D” as well as a moderately “high I”.

And after a fair bit of discussion he had a major personal breakthrough.

We discovered that his combination of behavioral styles was the perfect storm for disorganization and personal bedlam.

So although he felt like he never had enough time, the real problem was that he wasn’t using his time effectively. The majority of his days had no direction or purpose and were merely filled with him scrambling to put out one fire after another.

Most productivity forums and/or subreddits told him to “take more action!”

When in actuality he really needed to slow down and plan out his days.

So, I introduced him to to-do lists and spreadsheets (he had never used a spreadsheet before.)

It took some getting used to, but now he’s a consummate organizer and has “more time” than ever before.

Without a thorough understanding of his behavioral type, however, it may have taken months or years of trial and error to find a solution.

“Sometimes the best move forward is to take one step backward.”

Everyone has a different personality type, and the unique combination of behavioral styles is virtually limitless.

So before you jump on the next productivity-bandwagon-buzzword-hype train, take a minute to consider whether or not you truly understand your own personality.

Because if you don’t you could end up wasting huge amounts of time on advice that actually hurts you more than it helps.

If you’re looking for a tool to help you do this, you can take my personality assessment for free.