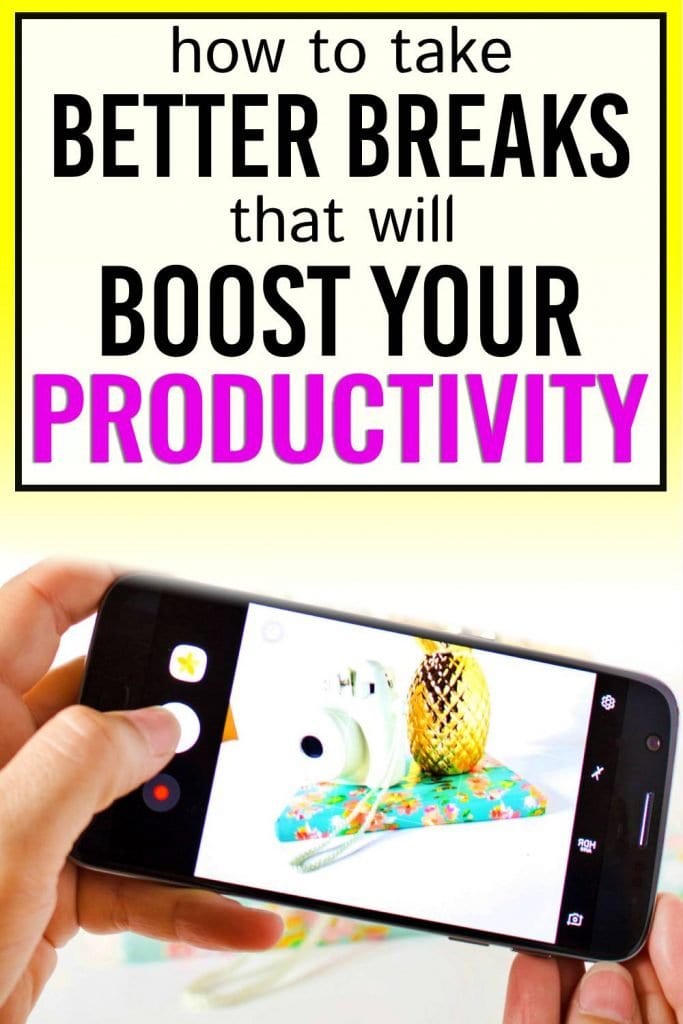 Those who do are making a huge mistake because, although they may not realize it, breaks are more important to their productivity than likes are to a TikTok thot.

The reason? A simple psychological phenomena known as vigilance decrement.

Think of it this way, your break is to your productivity as your diet is to your gym routine. And just as all diets are not created equal, neither are all breaks.

Some breaks (which I call Bad Breaks) are like shoveling pounds of Oreos and Twinkies down your esophagus with a BelAZ 75710 (a really big truck.)

What I call Better Breaks, however, boost your productivity and give you a bodacious “pump” that even Arnold Schwarzenegger would be jealous of.

Related: How To Kill Procrastination During Quarantine

What Is Vigilance Decrement

Vigilance decrement is a “slowing in reaction times or an increase in error rates” due to “high cognitive resource demands” like hard work or sustained focus.

Simply put, the longer you work the more your focus deteriorates and the less productive you are.

This is why breaks are important. They’re supposed to alleviate your fatigue and recharge your focus so that you can continue to output high performance for maximum efficiency.

A Bad Break, however, is like the shimmering mirage of an oasis to a parched throat in a blistering desert; nice in theory but completely useless.

A Better Break, however, is the wineskin that never empties.

It strokes your brain with the gentle stimulation it needs to refocus and continue it’s blazing path of productivity.

The question, then, is what exactly makes a Better Break?

The 3 Rules of Better Breaks

In a speech at the University of Washington Business School, Bill Gates, the second richest man in the world as of October, 2019 according to Forbes, said that “the most critical resource you have is your time… I try to make sure I’m only doing the things that are important.”

In the same speech Warren Buffett, the third richest man in the world, said that success is about “the habits, and the character, and the temperament [you have]… and not getting in your own way… Everyone has the ability to do what I do and much beyond. Some of you will and some of you won’t [and if you don’t] it’s because you got in your own way.”

They may not have said it word for word, but both Gates and Buffet were condoning Better Breaks by acknowledging that time is your most valuable asset, and that you shouldn’t waste it on an activity that doesn’t serve you like, you guessed it, a Bad Break.

They were also laying the foundation for the three rules a break must follow in order to qualify as a Better Break that does serve you:

1. It must energize rather than drain you after the break is over.

This is different from energizing you during the break.

2. It must have a clearly predefined endpoint.

3. It must exclude external negativity and randomness as much as possible.

Let’s take a look at the two most common Bad Breaks that break these rules that almost everyone is guilty of using: Netflix and social media.

Although Netflix may feel energizing in the moment, it’s a dirty energy that doesn’t last, not at all different from junk food and empty calories.

I know this may initially be hard to accept because you think that Netflix puts you in a good mood and “isn’t a good mood the key to productivity?”

Your Netflix induced “good mood” is only temporary — thus breaking rule number one — and will only spur the Bad Break Vigilance Decrement Cycle.

And despite its ubiquity, social media is a Bad Break as well.

The only difference is that social media also breaks rule number three as you never know what type of content is waiting for you on your feed.

You’re just as likely to see some troll post, or receive an emotionally infuriating DM, as you are to find something good. That is, unless you only follow inspirational and uplifting news sources.

But then that’s not really “social” media anymore now is it?

This is usually where I encounter resistance because most people are very fond of and very addicted to their media.

But what if I were to tell you that junk food is bad and that the “joy” it gives you is only temporary?

You would quickly agree because:

In all likelihood, no one has ever told you to pay attention to your emotional state after watching Netflix or browsing social media. So your resistance is understandable.

But if you have any doubt that these are truly Bad Breaks then all you have to do is consciously “feel” your emotional state about 10 minutes after using.

Take note of your slowly worsening mood, acknowledge that your thoughts have become discombobulated and slow as if covered in a chunky sludge, and feel how your motivation is evaporating through your very pores.

Like all bad breaks, both social media and Netflix will only prolong your procrastination, increase your languid disposition, and pollute your mind like so many industrial smokestacks.

Luckily, there are a plethora of Better Breaks to choose from.

Here are 5 that were used by some of the greatest thinkers, artists, and inventors of all time like Bill Gates, Warren Buffet, Albert Einstein, Charles Darwin, Aristotle, and Ludwig van Beethoven.

Note how they all follow rule number two by specifying an end point.

An article, a book, a newsletter? It doesn’t matter. Fiction, non-fiction? Whatever! Just make sure that it follows rule number three and is injecting you with positivity (reading posts on Facebook doesn’t count.)

Warren Buffet is known for reading 8+ hours per day, a habit that he accredits to his first job as a paperboy.

Any type of exercise will do.

Lately I’ve been into at-home-yoga and stretching. If that interests you then check out the instructional yoga app down dog, it’s completely free until May 1st.

Alternatively you can take a short jog or do some pushups and situps. If you don’t feel like doing a full workout then follow the Non-Zero Day Method and just do as much as you can.

Go for a walk around the block. Wander aimlessly.

Einstein, Aristotle, and Beethoven, are just a few who were known for this Better Break. Many of them attributed their greatest insights to their walking habit because of its ability to “unlock” their creativity (in-depth breakdown on this coming in the near future.)

4. Socialize With a Gregarious Friend for 15 to 30 Minutes.

The key to this Better Break is that your friend is generally gregarious or positive. If they’re not then you run the risk of breaking rule number three and allowing random negativity to pollute your mind.

Meditate, daydream, get lost in reverie. Let your imagination run wild and clear your head of all stimuli.

Einstein, for example, only discovered his theory of relativity when he used this Better Break and surrendered his analytical mind to daydreams.

I’ve recently found solace in these Better Breaks myself.

It’s embarrassing to admit, but, I developed the Bad Break of watching StarCraft videos during my first year of college some seven years ago.

For those of you who don’t know, StarCraft is a real time strategy sci-fi computer game that’s played by millions of people around the world.

I’ve always enjoyed video games, so naturally I started watching StarCraft YouTube videos during my lunch breaks. What I didn’t anticipate, though, was that my lunch break viewings would slowly spiral into bedtime viewings, and then even random middle of the day viewings as well.

Before I knew it my brain was being assailed by StarCraft induced dopamine hits that I had little to no control over for multiple hours per day.

I’m happy to report now, however, that after seven years I finally kicked the habit and replaced it with the Do Nothing and Go Outside Better Breaks.

A relatively short amount of time has passed since I made the switch, but I can already feel a veritable difference.

My thoughts are clearer, my mood is elevated, and most importantly I’m happier.

Now, it’s possible that these differences are merely the results of the satisfaction caused by recently accomplishing a goal and feeling good about it, and not the Better Breaks themselves, but I don’t think so.

Regardless, only time will tell how I adjust. Stay tuned because I may report on it in my next Quarterly Review (send me an email if you’d like me to do that: [email protected]).

P.S. this article was written for personal productivity, but the principles apply doubly to companies and their bottom line.

Related: How To Kill Procrastination During Quarantine

146shares
Previous Post: « How To Kill Procrastination Forever
Next Post: Self Love Journal Prompts – The Good Thing About Quarantine »